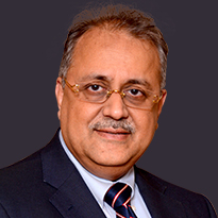 A distinguished first generation entrepreneur. As the Founder of the company, he has set up a robust platform that offers integrated financial services for Institutions as well as Individuals. He has contributed greatly to building a strong reputation and goodwill for the Group and built a highly experienced and competent management team, which is poised to lead Centrum into a high growth trajectory. An astute investor with a vision of identifying businesses that have immense growth potential. He is a qualified Chartered Accountant 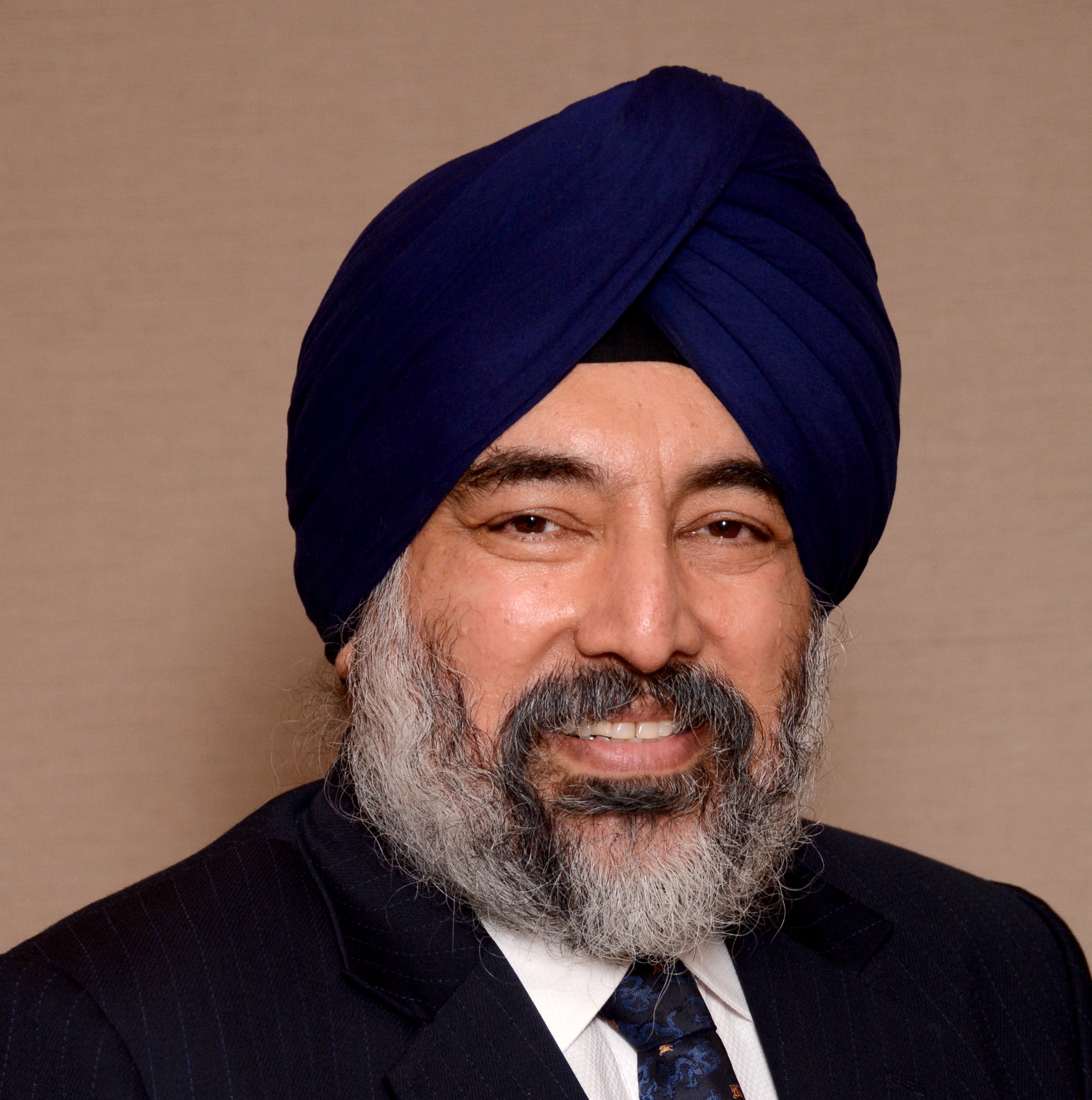 A veteran Banker with a successful global MNC career spanning over three decades. He has held coveted positions across MNC Banks such as Standard Chartered, UBS and Bank of America and has an impeccable track record of leading large banks, driving profitable growth, Mergers, Acquisitions, Turnarounds and the list goes on. He has played a key role in transitioning the Centrum Group, from a pure play financial advisory business to becoming a diversified financial services group. His present focus is on steering Centrum’s Banking venture - Unity Bank into a New Age Digital First Bank. Mrs. Mahakhurshid Byramjee is a prominent businesswoman. Realty development, especially developing housing projects is her passion. She is an entrepreneur in her own right. She has been in the construction business for over a decade. Besides managing the construction business, she is also involved in the family business of shipping, transportation, equipment handling, port related activities & logistics. 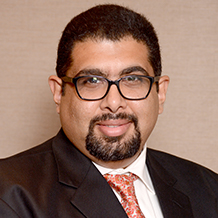 Mr. Rishad Byramjee is the Managing Director of the Casby Logistics Group of Companies since 2003. Established in 1857, the company is a market leader in stevedoring activities India.  Prior to taking on his current post, Rishad was actively involved in the Operations of the family business. In 2002 he gained a Master of Science degree with a specialization in Logistics and Supply Chain from the UK.

Under his leadership, the company expanded its Logistics operations from a regional scale to a pan-India scale within the business verticals of Air, Sea, Surface and Rail Cargo movement. Rishad's contemporary management style combined with the family values on which the company was built have influenced steady growth in the face of adversity and global slowdowns.

He leads the diversification and expansion program at Casby and has successfully initiated new businesses such as Solution Design, Warehousing and Refrigerated . He is also involved in the growth of the other Group offerings that include Construction & Real Estate development, Digital Security & Surveillance, telecommunications and Software Development. Mr. Ramchandra Kasargod Kamath started his career in Corporation Bank as an Officer Trainee in 1977. He has been the Chairman of Indian Banks’ Association (IBA) and Governing Board of Institute of Banking Personnel Selection (IBPS). He has also been the President of Indian Institute of Banking & Finance (IIBF) and Bankers’ Club, Delhi. He has been the member of Governing Board of National Institute of Bank Management (NIBM), Pune and Governing Council of Institute for Development & Research in Banking Technology (IDRBT), Hyderabad. During his career Mr. Kamath is known for his conceptual clarity, insight, communication skills and ability to build result oriented teams.

Mr. Kamath has led initiatives for promoting sound and efficient corporate governance practices where ever he worked. Mr. Kamath has been the Chairman and Managing Director (CMD) of Punjab National Bank ( PNB ) and has been successful in changing the public perception about PNB and improving rankings of the Bank on various prestigious platforms is evidence to the fact. Under the leadership of Mr. Kamath, PNB’s rank improved from 186th to 175th in The Banker’s Top 1000 Banks of the World. Prior to moving to PNB, Mr. Kamath was CMD of Allahabad Bank and Executive Director of Bank of India.

Mr. Kamath was also the Chairman of PNB Housing Finance where he played a key role in divestment of PNB’s stake and making PNBHF the first successful PPP in the financial services space during his tenure growing 6x in 4.5 years to become the largest unlisted housing finance company in the country. 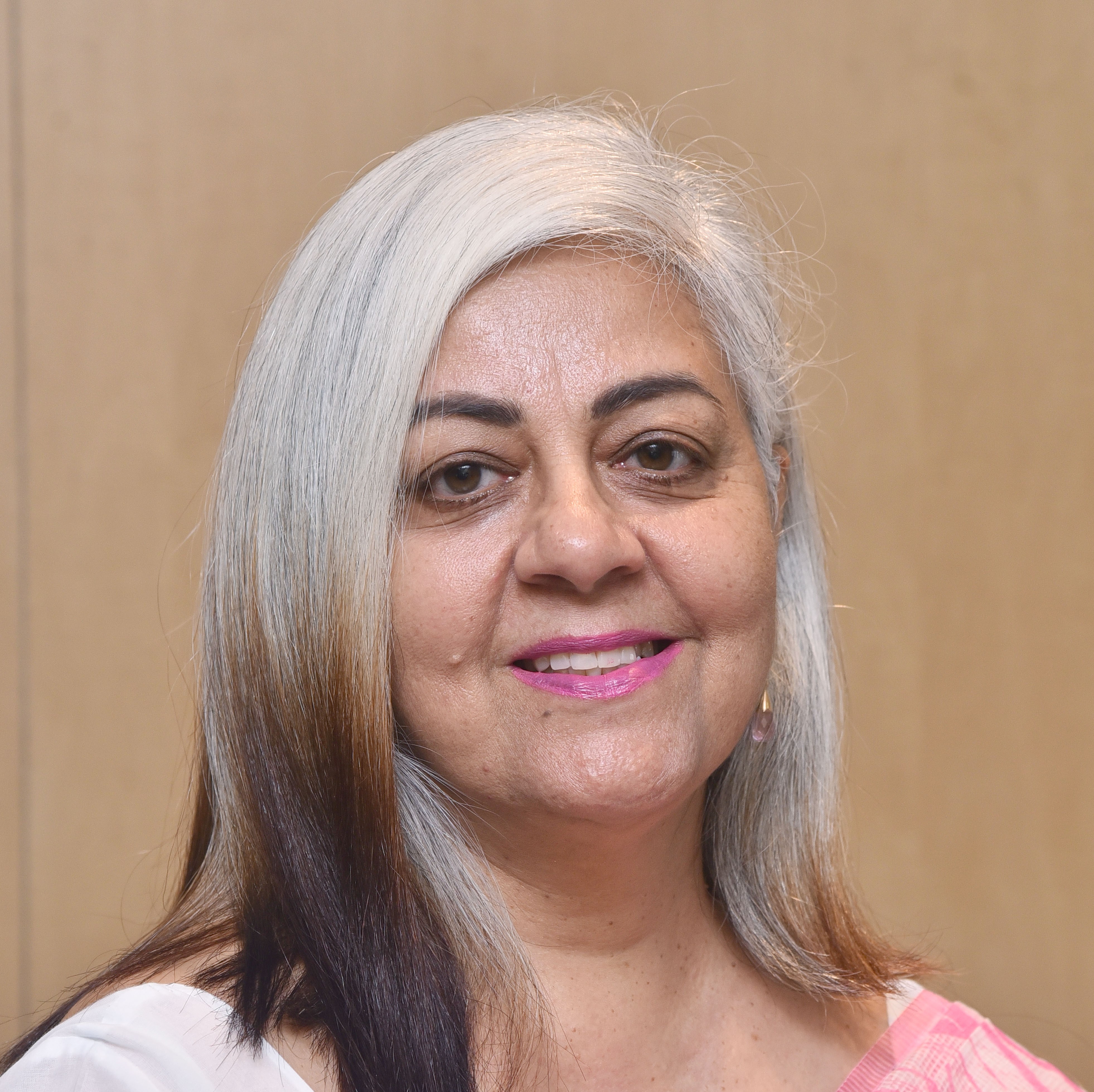 Ms. Anjali Seth has over 25 years’ experience as a professional lawyer advising and consulting with Banks, Financial Institutions, and large corporates.

She started her career as a litigation lawyer and then moved to the corporate sector. She has advised and consulted on a range of matters including M&As, Private Equity (PE) Investments, Stressed Assets, Non-Performing Assets (NPAs), recovery matters, Industrial/Employee Relations, Corporate Governance, Real Estate Negotiations, etc. 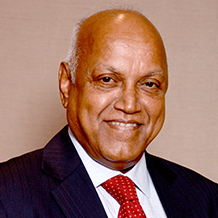 Mr. Manmohan Shetty is a Founder of Adlab Films Ltd., one of the largest entertainment corporation of India. He is currently a director of ADLABS Entertainment Ltd, Thrill Park Limited, Walkwater Media Limited among others. He is one of the most significant people in Indian Entertainment economy today and is seen as one of the key visionaries in the industry. He is currently a Council member of Film & Television Producers Guild of India. He has established India’s first and World’s largest IMAX dome theatre. He has held key position in media & entertainment focused government bodies & Federation including Ex-Chairman of National Film Development Corporation. Mr. Narayan has 37 years of experience in Finance, General Management & Operations in IT, Telecom, Manufacturing industries with American & European based multinational organizations & Tata Group (International business & Operations) with ability to resolve successfully multi-dimensional, dynamic & challenging issues of the Companies. He has successfully completed the program ‘HP Becoming a Business Partner: The CFO Mindset’ from The Wharton School in March 2006. He is also a qualified Company Secretary and Chartered Accountant. 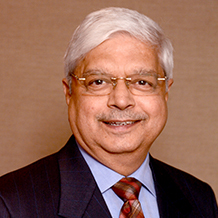 Mr. Subhash Kutte has been a Banker through out his life. He had joined Ratnakar Bank in June 1980 and served the bank for thirty-four years, initially in an executive capacity across various departments, including MD & CEO, and in the last four years as its non-executive Chairman. He retired as the Chairman of Ratnakar Bank Ltd. in the year 2014. He is presently working as a “Senior Advisor” for the said Bank.

During his stewardship the Bank has overcome enormous challenges which included the raising of Capital funds to the tune of 300 crores. He has an experience of four decades in the field of banking. He holds a bachelor's degree in commerce. Mr. Kutte is also a Director on the Board of Ghatge Patil Industries Ltd. since the year 2014. Mr. S.K Mitra joins our board with over 40 years of experience in the financial industry. He has held roles in companies such as Standard Chartered, American Express and the Aditya Birla Group, operating across functions such as investment banking, asset management and financial services. 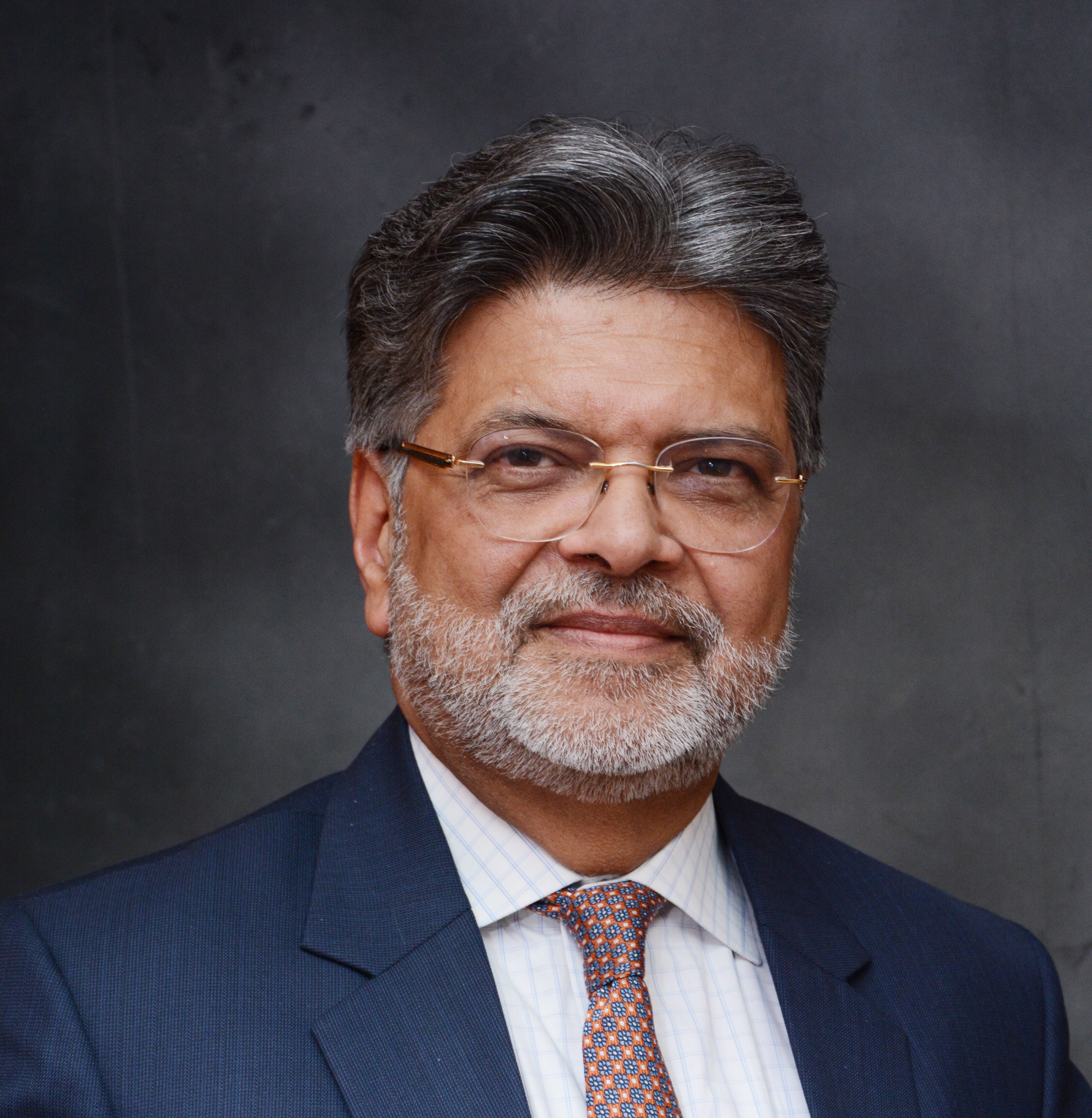 Before setting up the private equity business, he was Managing Director (Corporate & Commercial Banking) of Rabobank India. Concurrently, he was Regional Head, Asia for food and agribusiness for over 5 years based in Singapore. In Rabobank, he is credited with setting up several new products such as Strategic Advisory, Renewable Energy, Carbon Credits and Micro Finance. Before Rabobank, he was with Lazard Brothers’ Venture Capital arm where he set up the largest VC Fund of the time for SMEs. Starting his career with Bank of Baroda, he has over 37 years of experience in corporate and investment banking.

Rajesh is regarded as “go to” resource on creative policy and finance solutions in agriculture and food processing. He is regarded as a pioneer in establishing a private equity market for food and agribusiness sector and for advocacy on policies on agriculture/food processing. Amongst others, he sits on the CII National Committees on Agriculture & Allied Sectors, Food Processing, and co-chairs the CII National Committee on PE/VC. He also sits on the Board of  Sasakawa India Leprosy Foundation.> Mr. R. A. Sankara Narayanan, aged 60 years, holds a post-graduate degree in Public
Administration and has also done MBA in Finance, CAIIB, PGDPM, PGDFM, DTIRM, DCP
and BRM. During his reign as Executive Director of Bank of India starting from May 2015, he
handled the treasury, corporate credit, recovery, risk management and compliance
departments. He was also in-charge of the department’s namely international banking, retail,
HR, IT, planning and finance. He was appointed as Managing Director and Chief
Executive Officer of Vijaya Bank in September 2017. He had been designated as the MD and
CEO of Canara Bank w.e.f. April 1, 2019 till his superannuation in January, 2020. Mr. R A
Sankara Narayanan has been on the Board of the South Indian Bank India Limited since
October 15, 2020. 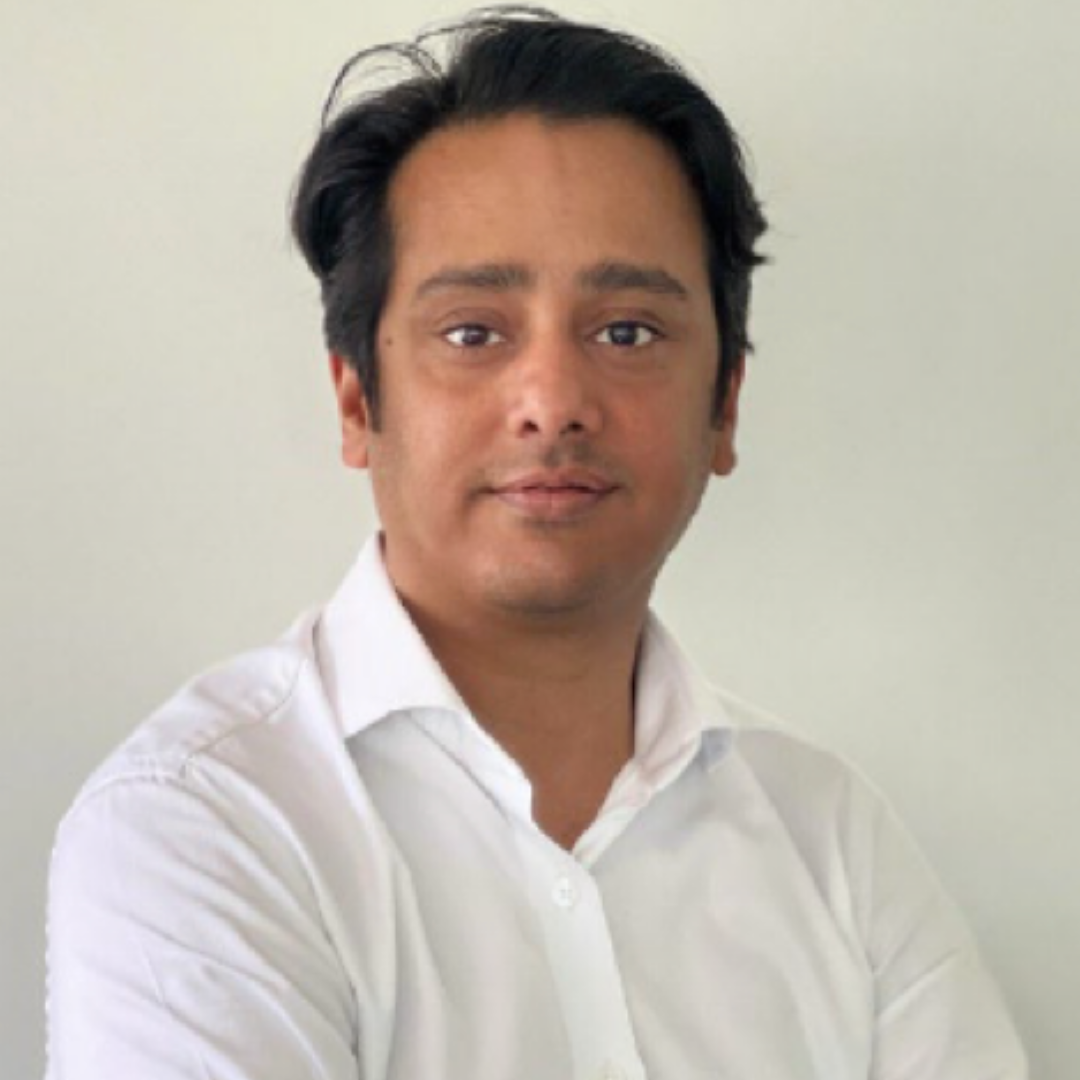 Mr. Essaji Vahanvati graduated with a B.A. LLB. (Hons.) degree from the Government Law College, Mumbai. He started his career in AZB & Partners (erstwhile CZB & Partners) directly after graduation, in 2003. He was elevated to partner in 2009 and continued with AZB until 2015.

At AZB, his focus was private equity and mergers and acquisition (with a special focus on public market transactions, takeover offers and delisting). He has worked for marquee private equity firms including Blackstone, Warburg Pincus, Temasek, KKR, CVCI and Apax. During his time with AZB, he has also led commercial litigation and arbitrations, as well as strategic and regulatory advise for various banks including, notably, HSBC and HDFC Bank. He also handled complex mergers and demergers.

After AZB, he has focused primarily on distressed debt, restructurings and litigation. He has worked extensively for the GTL group and recently assisted with the debt restructuring exercise undertaken by the Suzlon Group. He has also advised family offices including the Patni Family group and the Gupta Family group. As part of his independent practise, He has handled and spearheaded several commercial and regulatory litigations before the Delhi High Court, Mumbai High Court, Chennai High Court and the Supreme Court of India.

He has been recognized as a leading individual by Chambers & Partners and the RSG Law Firm Report for India. He is the Founding Partner of Ramanathan and Vahanvati, boutique legal consulting firm.